Part 2 -The Beginnings: Influences and Innovators – the 1920’s thru 1935
“Never doubt or underestimate that a small group of dedicated dancing Harlemites can change the American tapestry of dance – and the world.
They already have.”  B.A. Jones
Culture…Dance…Jazz....Lindy Hop…SAVOY….Swing!  These are the lively rhythms and sounds of Harlem that came alive during the Harlem Renaissance.  This was especially true at Harlem’s famed Savoy Ballroom that was on West 140th Street and Lenox Avenue.
It was at this landmark venue where a new dance called the Lindy Hop was perfected, and one of its innovators groomed this dance to new heights.  His name?  Frankie Manning.  Such was his influence and vision that in May of 2014 there will be an international celebration in New York City and Harlem of this Lindy Hop Legend.
In Part 2 of this series celebrating Harlem’s historic dance and its history makers, we’ll go back to Harlem’s humble beginnings and its most celebrated era of culture, music, jazz, and dance. 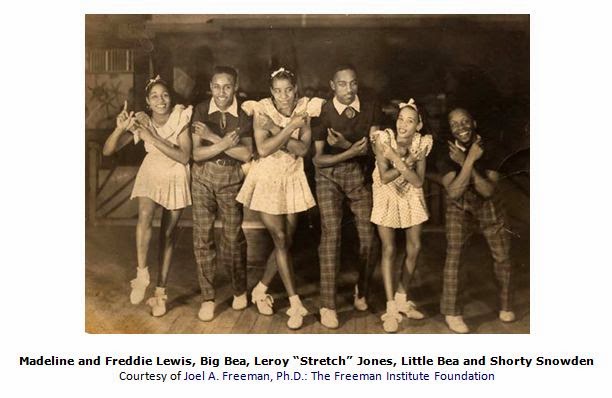 Before Lindy Hop Legend Frankie Manning and The Whitey’s Lindy Hoppers hailed as a premier group from the Savoy Ballroom there was another legendary pioneer group of youngsters leading the way with innovation and steps – that influenced Frankie.
This group started a trend in Harlem’s Savoy Ballroom that continued for close to 30 years.  And Mr. George “Shorty” Snowden lead the way also, as legend has it, in naming what was to become a national dance craze of its time. 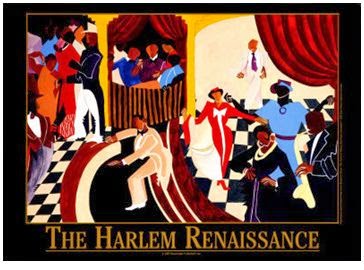 A Classic Era: 1920’s Harlem, The Savoy Ballroom and The Birth of Lindy Hop
The Cultural Renaissance of the 1920s raised the profile of African American vernacular culture in whitecommunities within the United States, but in particular in New York. The HARLEM Renaissance: The popularity of African American dance and music – became a fascination. Harlem’s increasing popularity as an entertainment district, as well as a vibrant creative center for African Americans in the 1920s and 1930s eventually saw both the creation and popularizing of Lindy Hop.  This happened both in social dance spacesand on the stage.
Did you know there were over 30 ballrooms in Harlem at one point for social dancing and special events?  Long before TV and the internet, folks were out dancing to the sounds of jazz, blues and more!  Just to name a few top ones: There was the Renaissance Ballroom (or the Renny), the Golden Gate, the Dunbar, the Alhambra, The Rockland Palace and the Audubon.
But the one where Lindy Hop was honed, crafted and developed was the Savoy Ballroom.
The Crown Jewel of Harlem: Savoy Ballroom 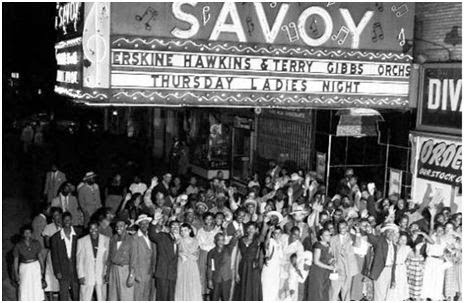 The Savoy has been described as the largest
and most elegant ballroom Harlem ever had…
Owned by Moe Gale, a Jewish man, and managed by Charles Buchanan, a black man, the Savoy Ballroom opened its doors on March 12, 1926 right in the middle of Harlem, between 140th and 141st Streets on Lenox Avenue. The vision of the two young men created one of the first racially integrated public places in the country.  The ballroom was on the second floor of a two-story building stretching the entire block. The block long ballroom, 50 by 200 feet, had two bandstands, colored spotlights and a spring-loaded wooden dance floor. Approximately 700,000 patrons visited the ballroom annually.
http://www.youtube.com/watch?v=UmnsWcxdhEQ
Over 250 name and semi-name bands were featured at the Savoy. The most famous house band was led by Chick Webb, and later came to feature a singer named Ella Fitzgerald.  Webb’s popularity and musicianship had him come to be known as “TheSavoy King”
http://www.youtube.com/watch?v=jtkmUtiElBA
Two bandstands allowed continuous live music all night, and provided the stage for the famous battles of bands. The most famous was the battle of Chick Webb vs. Benny Goodman, when both bands were at the crest of their popularity.
Herbert White, a.k.a. Whitey, an ex-boxer and bouncer at the Savoy, organized and cultivated a group of young Lindy Hoppers.  Eventually he had them appear in theaters around the world as well as in films.   According to Norma Miller in her memoirs  Swinging at the Savoy: The Memoir of a Jazz Dancer:  “The Savoy played an enormous and largely unrecognized role in the history of jazz. The Savoy should always be remembered along with the men and women who created music that America danced to… they deserve the admiration and respect of all who love good music.”
The Savoy Ballroom was built for black patrons, and for the first time in history a beautiful ballroom was made even more beautiful with no segregation.
The Lindy Hop: Harlem’s Signature Cultural Dance 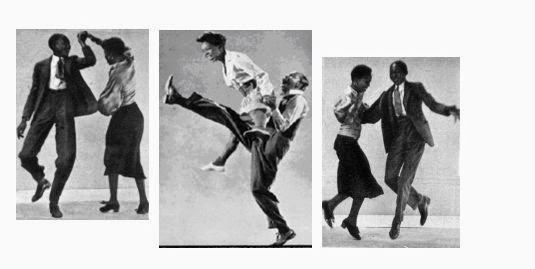 The Origins and Name
The origins of the name ‘Lindy Hop’ are still debated in Lindy Hop communities today… almost 90 years later.  A very influential revived was started back in the 1980’s by American, Swedish and British Dancers.  And since that time Lindy Hop and Swing dancing is enjoyed throughout North America, South America, Europe, Asia…  seemingly everywhere than where it began…
“Lindy”: In one account it is argued that, in the slang of the late 19th and early 20th centuries, a ‘Lindy’ was a young woman.  The word “hop” has been documented as early as 1913 as a term for swing dancing, used by early Texas Tommy dancers to describe the basic move for their dance.
In the more colorful account dancer “Shorty” George Snowden renamed the breakaway dance as the Lindy Hop in a dance contest. Snowden was one of the 24 couples that competed in a negro dance marathon that began on June 17, 1928 at the Manhattan Casino, a ballroom that was located at 8th Avenue and 155th Street in Harlem (later to become the Rockland Palace ). During the contest Snowden stated that he decided to do a breakaway:  fling his partner out and improvise a few solo steps of his own. Fox Movietone News was there to cover the marathon, and took close-ups of Shorty’s feet.   An interviewer asked him what was he doing with his feet, and Snowden replied ‘The Lindy'”.
Whether Snowden meant it or not, Lindy Hop became associated with Charles Lindbergh’s transatlantic airplane flight, completed in 1927 (“Lindy” was the aviator’s nickname).  This three way association between the aviator, George Snowden and the dance continues in Lindy Hop folklore.
Lindy Hop was a combined number of dances popular in the United States in the 1920s and earlier, many of which developed in African American communities. Just as jazz music emerged as a dominant art form that blended and joined with other forms of music, the Lindy Hop could absorb and integrate with other forms of dance.
For many Lindy Hop historians, the Charleston has Lindy Hop’s basic footwork and timing. The transition from Charleston to Lindy Hop came by means of the Breakaway, a partner dance which introduced the ‘Swing out’ and ‘open position’ of dances such as the Texas Tommy to the ‘closed position’ and footwork of partnered Charleston.  As jazz music in the late 1920s changed likewise did jazz dances.
Frankie Manning in his memoirs Frankie Manning: Ambassador of Lindy Hop stated that “the Lindy Hop developed out of three social dances being in done in Harlem in the late 20’s: the Charleston, the collegiate and the breakaway.”  The Lindy Hop rode on the popular trend of the Charleston and took it further… so much so that the Lindy swept the country in the mid thirties.
Often referred to as the “first generation” of Lindy Hop, dancers such as George Snowden, Leroy “Stretch” Jones, Twist Mouth George and Edith Matthews inspired many other dancers and troupes (including Frankie Manning) to take up Lindy Hop.  Gradually the Lindy Hop was danced across Harlem in ballrooms, night clubs, cabaret clubs, rent parties, private apartments, and street parties — almost anywhere people came together with music to dance!
George Snowden – Pioneer and Innovator 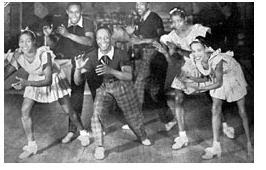 This pioneer group set the pattern and wave for many other Harlemites who were intrigued with Lindy Hop.  George Snowden is immortalized and honored with the famous dance “The Shorty George” being named after him.  And the Shorty Snowden Trio was the first professional dance team to take the dance out of the Savoy with performances. It included the three couples you see pictured.
There has been a lot written about this dance master – here is but one of many links http://www.swingornothing.com/shorty-george-snowden/  And below see him and his partner  Big Bea strut their stuff
http://www.youtube.com/watch?v=7Sdk3mqVSRA
Enter Frankie Manning 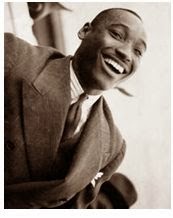 Frankie Manning got his start as a teenager at the Alhambra (still standing on West 126th Street and Adam Clayton Powell Jr. Boulevard), and then worked his way to the Renaissance Ballroom (the shell of which is on West 138th  Street and Adam Clayton Powell Jr. Boulevard).  After that he “graduated” to the Savoy Ballroom which was located on Lenox Avenue and West 140thStreet (the Savoy Park House are now there).  Frankie was lured into the Savoy by hearing the great swing bands of the day and seeing dancers from the Savoy go to the Renny… and show off their smooth moves! Since the new dance craze of the Lindy Hop was being honed there he just had to go.
http://www.youtube.com/watch?v=ZQIWFOU-bp4
In his words: “The Savoy was the ballroom because it had the best orchestras, and from that they got the best dancers.  Even though a lot of people went to ballrooms to listen to music, back then bands played for the dancers… they were called dance bands.  Band leaders knew the temps that would keep people on the floor, and played a range from slow to fast to please us”
Norma Miller, The Queen of Swing:  A Reminiscence 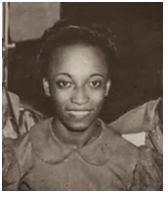 Norma Miller is a Lindy Hop Legend and versatile Entertainer willing to share her cherished insights.  She continues to entertain, teach, dance, write, travel and more at the ripe young age of 94!
http://www.youtube.com/watch?v=zyhv8i9MpLs
Norma lived right across the street from the Savoy, with a birds eye view to the music and more.  She first entered the Savoy at the age of 13 with the help of Twist Mouth George on Easter Sunday 1932 to be his dance partner. However she, like Frankie Manning, worked her way up to the Savoy thru dancing at other ballrooms first…
http://www.youtube.com/watch?v=FBWj3xyhWUw
According to Norma Herbert “Whitey” White had two main dancers: Leon James and Frankie Manning. He was determined to take Lindy around the world.  However Whitey “picked Frankie. You could see it in his eyes as he watched him dance – the love of a proud father.  Frankie represented everything that was the best in Lindy Hop dancing.  He could execute, swing, lift a girl effortlessly, and never miss a beat”.  Through Frankie Whitey could see Lindy Hop going professional, and despite this seeming favoritism Frankie did not think of himself only. Through Frankie’s efforts Whitey eventually invited him and his friends to be a part of Whiteys superior dancers on the 141st street side of the building (came to be known as Cats Corner).
The First Harvest Moon Ball – and Harlem’s influence 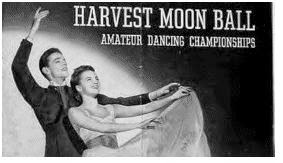