New York City is an always changing landscape. Very few things remained as they were; like fallen snowflakes, they linger for awhile and in the warmth of the spring we cannot remember what they looked like or exactly where they had fallen. Like people, institutions die and fade away from our collective memories. Such a place was Harlem’s Colored Orphan Asylum situated at 143rd and Amsterdam Avenue from 1867 to 1907. A few blocks away, at 136th Street,was the Hebrew Orphan Asylum. The COA was founded in 1836 by three remarkable Quaker women: Anna Shotwell, Mary Murray and Hannah Shotwell Murray. Its first location was 6th Avenue and 12th  Street but there is nothing there to tell you of its existence. A decade later it was situated at Fifth Avenue between 43rd and 44th Streets. 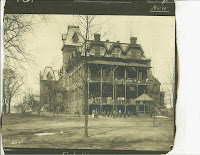 Children of colored-be they orphans, half-orphans (with a parent), neglected or, later, delinquent- were cared for by these “angels of mercy.” The work of the women was aided by financial help from New York’s elite families such as the children of  Supreme Court Chief Justice John Jay, R. H. Macy, John Jacob Astor, the grandparents and parents of Theodore Roosevelt, James Lenox and others. Poor as they were, the black community contributed meager funds, non-perishable goods, and free labor to keep the orphanage in business. One of the nation’s famous abolitionist was connected to the institution for twenty years as a resident physician. James McCune Smith, a product of the African Free School, was educated in Scotland as American prejudice drove him across the ocean. Smith was a radical abolitionist and one who quickly dismiss racist theories of African inferiority. Smith’s death in 1865 was a double blow: It deprived the orphanage of a first rate physician and it eliminated a liaison from the community to the institution. 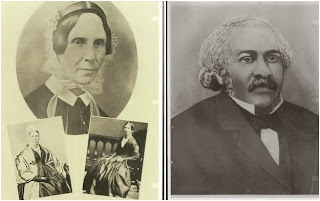 The Colored Orphan Asylum cared for about 15,000 children from 1836 until its closing in 1946. Some were enslaved children abandoned by fugitives en route to Canada. A few came from Africa and Cuba. The far west sent some Native American children and some whites were admitted after the passage of a 1944 anti-discrimination law in New York. Nine of the boys served in the Civil War.  One was James Henry Gooding who was born into slavery but was brought to the institution as a young child. He served in the Massachusetts 54th regiment that was featured in the movie Glory. Gooding’s fame came from writing President Lincoln informing the commander-in-chief that men of color received less pay than their white counterparts even though they had the same responsibilities and faced the same dangerous. Eventually Congress provided funds to rectify the blatant racism. Later, some were enlisted in the 369th Regiment better known as Harlem Hell Fighters during World War 1. Nearly all the children were indentured at age twelve with boys working in the fields and girls in homes. Unfortunately, few were given assignments in New York City as the managers considered cities to be sources of vices and lost virtues. This meant that young, vulnerable and immature children were often sent hundreds of miles away from their nurturing environment in the orphanage and away from siblings left behind in the institution. Loneliness combined with immaturity caused some to destroy property, maim animals and physically attack members of the host family. In turn, despite background checks, some employers were cruel towards their charges even after the enactment of laws preventing cruelty against children (which came after laws preventing cruelty to animals).
The Colored Orphan Asylum overcame many obstacles including financial distress, fires, wars and ultimately the destruction of their building during the July 1863 Draft Riots as Irish mobs incensed over being forced to fight to end slavery attacked African Americans and their abolitionist supporters in a frenzy of violence that destroyed lives and property. The mob drove out over two hundred children and stole all the furnishings, bedding, utensils and anything they could carry before torching the building. Homeless, the managers had to find temporary shelter for several years until they bought land in Harlem. Their home at present day 143rdand Amsterdam faced Broadway and remained the training ground for thousands of young people until 1907.  The recent completion of the subway lines through Harlem raised the property value to a level that selling the land made a profit for the orphanage. They moved to Riverdale where they remained until 1946. By then, the institution was an orphanage mainly in name as most of the children were neglected or delinquents sent by the juvenile courts. Indenturing was no longer practice as it was replaced by foster homes. By the 1940s, prominent African Americans such as Marian Anderson, Joe Louis, Duke Ellington, Bill “Bojangles” Robinson, Roy Wilkins and Audre Delany were associated with the institution.
Over the past 177 years the Colored Orphan Asylum nurtured multitudes who served society as nurses, teachers, doctors, lawyers and businessmen. Former resident and a retired police officer Fitz Harvey described his stay during the early 1940s as a salvation that kept him out of the streets and ultimately prison. After a series of mergers, the spirit of the founding Quaker women is still alive in Harlem Dowling-West Side Center for Children and Family Services, the successor to the Colored Orphan Asylum.
William Seraile, Ph.D
Source: William Seraile, Angels of Mercy:White Women and the History of New York’s Colored Orphan Asylum.(Fordham University Press)

7 Days to Valentine’s Day – A few ideas to get you started..