Harlem is on every one’s mind: from real estate agents hoping to emulate the recent
multi-million dollars sale to actor Neil Patrick Harris of a home at 2036 Fifth Avenue, to cash starved recent college graduates looking for an apartment in the historic community to Europeans searching for glimpses of Harlem’s long lost Renaissance period. Yet, Harlem lacks an identity.  Not an identity of culture but rather an identity of its history: Who did what

where? Who lived there? It begs the question: Where are the historic markers. Yes, there are a few in the form of statutes to Harriet Tubman, Duke Ellington, Frederick Douglass, the 369th regiment better known as Harlem Hell Fighters and the preservation of Alexander Hamilton’s home at W. 141st and St. Nicholas Avenue and Jumel Mansion overlooking the Polo Grounds houses (Where the football and baseball Giants once played and the elite played polo) off of Amsterdam Avenue at West 162nd Street.  Both the British and George Washington used the home as Revolutionary War headquarters.

Harlem the Black Metropolis, Harlem the Black Capital of the world, unlike some communities keeps its history in libraries or in the rapidly fading memory of its residents. How can it be that a community that was the birth place or the nurturing grounds of the likes of athletes, musicians, composers, singers, dancers and artists of all races and types forsake its heritage and history without proper documentation.
Its boulevards are wide and vibrant with life but there are few indicators to who were the movers and shakers of decades past. The beautiful and magnificent Strivers’ Row of 138th and 139th Streets between Frederick Douglass and Adam Clayton Powell, Jr. contains some of the city’s finest neo-Italianate and Georgian town houses where the spirits of boxer Harry Wills, actor Lincoln Perry better know as Stepin Fetchit, dancer par excellence Bill “Bojangles” Robinson, musicians and composers W.C. Handy and Eubie Blake as well as clergyman and politician Adam Clayton Powell, Jr. reside. Near by 333 Edgecombe Avenue boasts of librettist and theatrical producer Oscar Hammerstein.  321 Edgecombe was the home of George Schuyler, a columnist for the African American press best known for his satirical look at the absurdity of race in Black No More. Further up in Sugar Hill is 409 Edgecombe where at various times resided poet Countee Cullen, W.E.B. DuBois, editor of the Crisis magazine, painter Aaron Douglas, Supreme Court Justice Thurgood Marshall, Roy Wilkins of the NAACP, poet and essayist William Stanley Braithwaite and songstress Nina Simone.  Jamming with bandleader Duke Ellington, pianist Count Basie and saxophonist Coleman Hawkins while singer Paul Robeson waited his turn, Lena Horne could entertain us with “Stormy Weather” while Canada Lee could entertain the audience with recitations next to Joe Louis contemplating his next opponent in the boxing ring. They all once lived in the majesty 555 Edgecombe building with its gorgeous view of Yankee Stadium. 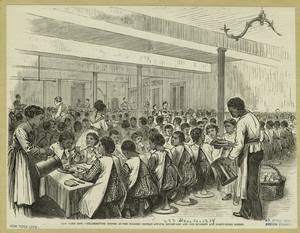 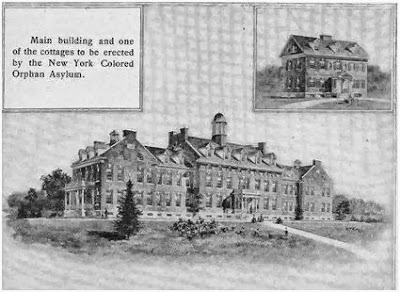 Harlem was the locale of several institutions, notably the Colored Orphan Asylum at 143rdand Amsterdam from 1867 to 1907 and a Tuberculous treatment center at 46 Edgecombe which is now a prayer center for  Senegalese muslims.
Harlem was the home of so many diverse individuals whose prominence made them citizens of the world . Among them were F. Scott Fitzgerald, author of The Great Gatsby, Aaron Burr who killed Alexander Hamilton in a duel in 1804, naturalist John James Audubon, actors Burt Lancaster, writers J.D. Salinger who lived at 3681 Broadway and is known for Catcher In The Rye, Arthur Miller, James Baldwin who was nurtured near 131st and Seventh Avenue, Langston Hughes who lived at 12 E. 127th Street, Ralph Ellison who resided at 730 Riverside Drive. Norman Rockwell, Saturday Evening Postpainter of small town America, resided, at 789 St. Nicholas Avenue. The Gershwin brothers-Ira and George lived at 108 W. 111th Street as well as 520 W. 144th. Nearby was the boyhood home of lyricist Lorenz Hart at 59 W. 119th and comedian Milton Berle at 68 W.  118th. They were a stickball hit away from the great Henry Houdini at 278 W. 113th. Close by  was the childhood nurturing of playwright Arthur Miller, 45 W. 110th and comedian Groucho Marx at 239 E. 114thStreet.Our beloved Harlem is known for its musical innovations: The Lindy Hop, the Black Bottom and, of course, the Charleston, the dance rage of the 1920s. Light and brown skinned chorus girls kicked up their legs while the end dancer were very dark complexioned, buffoonery and raucous to the delight of the white audience who saw Harlem as a land of exotic primitives as they patronized the gangster owned Cotton Club. Where is it now? Its locale is occupied by Minisink at 142nd and Lenox where Fletcher Henderson and Cab Calloway were featured. Nearby on Lenox Avenue near 140th Street was the site of Savoy Manor where “happy feet” presided. Fortunately, there is a historical marker depicting its glory years. Harlem residents shunned from the white owned segregated clubs (unless they could dance, sing, play music or snap a shoe shine cloth) had to do with Jungle Alley on West 133rd Street between 7thand Lenox to enjoy bootleg liquor or bath tub gin while gnawing on a pig foot. James Reese Europe, bandleader who played in France during WW 1 lived on the block at number 67. 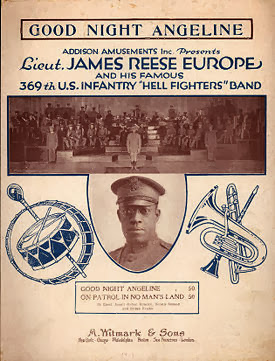 Besides its fame for music, Harlem has its radicals and nationalists among them John Edward Bruce who along with Arthur Schomburg started the Negro Society for Historical Research in 1911 and Hubert Harrison known as the father of Harlem Radicalism. Bruce organized at 65 W.  134th the Loyal Order of the Sons of Africa to unite the black and brown people of the world. For a few years before his death he was Marcus Garvey’s private secretary. The Jamaican Garvey once lived at 235 W. 131st and had many race first business situated along 135th from Fifth Avenue to Eighth Avenue. His famed meeting place, Liberty Hall, is now an apartment building next to Abyssinian Baptist Church on West 138th Street, a block from where he held his first public meeting in 1916 at the site that is now St. Marks Catholic Church. James Weldon Johnson best known for “Lift Every Voice and Sing” lived for a time at 187 W. 135th which was around the corner from Fats Waller at 107 W. 134th. Close by at the present site of Countee Cullen library is where A’Lelia Walker held had-to-go exclusive parties at 108-110 W. 136thStreet. Billie Holiday grew up a short walk away at 108 W. 139th.
Many street orators used the corners of 135th at Lenox and Seventh Avenues as well as 125th and Lenox to agitate for communism, socialism, black capitalism and end to lynching. Notable among them were Marcus Garvey, Hubert Harrison, A. Philip Randolph, Richard B. Moore and Malcolm X.  Many a by-stander bought delicious edibles from Pig Foot Mary who used her income and fortunate marriage to a wealthy man to become Mrs. John Dean, an investor in Harlem real estate.
This is just a brief look at Harlem’s cultural history.
Many come as visitors hoping to see what they read about only to find it has been long gone or forgotten or worse turned into a restaurant as was the case with Smalls’ Paradise whose 135th and Seventh Avenue location is now an IHOP eatery or the reknown Renaissance Ballroom and Casino is a shell of itself with much of its interior victim to weather and wreckers. Once, it was the place in Harlem for receptions, weddings and even home to the Harlem Rens basketball that won the first professional national championship before the formation of the National Basketball Association. While Harlem need not be inundated with historic monuments or plaques neither should the community be bereft  of them for Harlem’s cultural history has spread throughout the world and the world visits Harlem daily. Therefore, we need historical markers to remind us what Harlem once was and why it still resonate with so many people today as it embarks upon yet another renaissance.
William Seraile Ph.D
Suggested Readings: David Levering Lewis, When Harlem Was In Vogue
Jervis Anderson,  This Was Harlem
Allon Schoener, Harlem On My Mind

7 Days to Valentine’s Day – A few ideas to get you started..