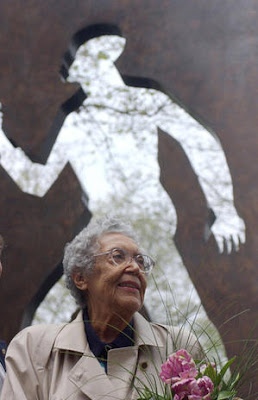 Sculptor and printmaker Elizabeth Catlett, a U.S. expatriate renowned for her dignified portrayals of African-American and Mexican women who was barred from her home country for political activism during the McCarthy era, has died. She was 96.

Maria Antonieta Alvarez, Catlett’s daughter-in-law, said the artist died Monday in a house in Cuernavaca, Mexico, where she had lived since 1976.

Born in Washington, D.C., Catlett moved to Mexico in 1946, became friends with great Mexican muralist Diego Rivera and others in his circle, and married Mexican artist Francisco Mora.

She became known for her commitment to winning greater rights for blacks, women and workers in the United States and her adopted country. Catlett witnessed almost every important artistic and social movement of the 20th century and traveled in some of the same illustrious circles as the great American artist Jacob Lawrence and poet Langston Hughes. 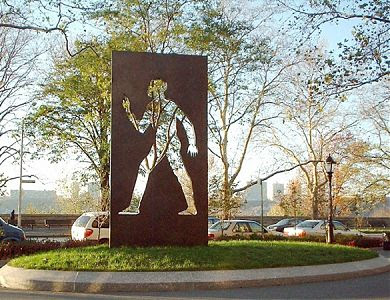 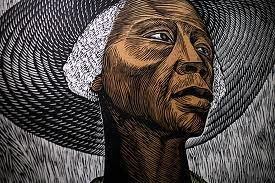 She was arrested during a railroad workers’ protest in Mexico City in 1958 and in 1962 the U.S. State Department banned her from returning to the United States for nearly a decade because of her political affiliations.

Working in wood, stone and other natural materials, she produced simple, flowing sculptures of women, children and laborers, and prints of Mexicans and black Americans that she used to promote social justice.

Catlett, born on April 15, 1915, was raised by her mother, a teacher, because her father, who was also a teacher, had died little before she was born. She said she knew from age 6 that she wanted to be an artist.

She attended Howard University where she graduated with a bachelor’s degree in art and then got her master’s at the University of Iowa where she was student of Grant Wood, painter of iconic “American Gothic.” Wood told his young student to make art about what she knew best.

Studying ceramics at the Art Institute of Chicago, she met her first husband, painter Charles White in the early 1940s.

Samella Lewis, author of a book about Catlett, was a student of hers around the same time at Dillard University in New Orleans who was inspired by her activism.

“It was my first time meeting a real aggressive woman in my life,” Lewis said.