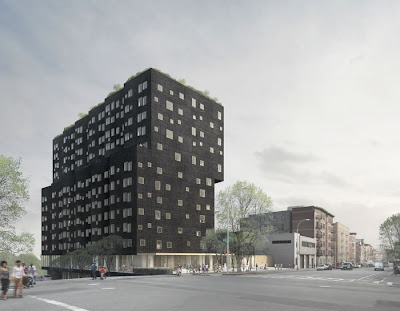 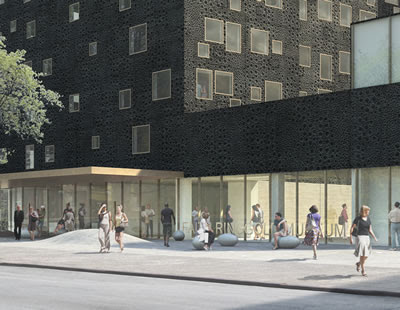 A museum was to be named after Faith Ringgold.

The Faith Ringgold Children’s Museum of Art & Storytelling was to be part of a new development on 155th Street and St. Nicholas Avenue and include affordable housing. The building was to be designed by the British architect David Adjaye — who was commissioned for the Smithsonian’s National Museum of African American History and Culture in Washington — and include a performance space, a library, a store and a cafe.

The museum will still have all those things — except for Ms. Ringgold’s name.

In December she announced that she had severed ties with the nonprofit organization behind the project, Broadway Housing Communities, because, she said, it had not provided for security, insurance or storage for art.

“I have no way to participate if it’s not a museum,” said Ms. Ringgold, 81, in a recent telephone interview. “I have no interest in a children’s museum if it’s just a playpen, like most of them are.”

“I have tremendous respect for Faith, and there’s no doubt in my mind that she inspired the concept, and I will always credit her input,” said Ellen Baxter, the founder and executive director of Broadway Housing. The organization said it had not been able to address Ms. Ringgold’s concerns up front because it was focused on designing the building and closing on sources of funds to start construction.

“The first steps are zoning, architects, assembling financing,” said Mary Ann Villari, the managing director of the group. “You don’t place fine arts insurance until you have art and the building built.”

Now Broadway Housing says it is about to file an amendment to its charter to allow the organization to operate a museum. It said it had obtained preapproval from the New York State Board of Regents to have a museum; formed a board of directors; and planned a search for a museum director, to begin this spring. Officials said the museum will have a $1.7 million operating budget and 15 full-time staff members.

Barbara Hoffman, Ms. Ringgold’s lawyer, expressed skepticism. “It is not even clear that a housing corporation can run a museum,” she said.

Broadway Housing’s relationship with Ms. Ringgold started about seven years ago with their collaboration on “The 9/11 Peace Story Quilt,” which was designed by Ms. Ringgold, made with New York City students and recently exhibited at the Metropolitan Museum of Art. The hallways of the organization’s Upper Manhattan headquarters are lined with Ms. Ringgold’s work, and the idea for a museum, officials said, was hatched in conversations with her.

The $75 million project is to be financed through tax credits, subsidized government loans and donations.

Ms. Ringgold said the project secured public approvals and raised money based on her reputation. “I gave them lists of people I knew in the art world,” she said. “Some of those people gave money to them thinking I was involved.” 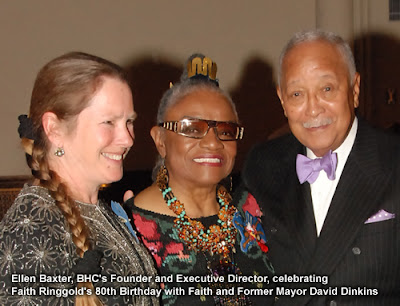 As an example Ms. Hoffman pointed out that Broadway Housing in November 2010 billed a benefit for the development and museum as a celebration of Ms. Ringgold’s 80th birthday.

“Faith is one of the most prominent African-American artists and is known for her work with children as an educator,” Ms. Hoffman said, adding of Ms. Baxter, “Ellen piggy-backed on that.”

Ms. Villari of Broadway Housing said, “There are no funds contingent on Faith’s involvement.”

In December Ms. Hoffman wrote to alert the Oak Foundation, one of the project’s supporters, that Ms. Ringgold was no longer part of the museum. “Whether Broadway Housing Communities will ultimately create a museum rather than a community art gallery and cultural center is not clear,” Ms. Hoffman said in her letter. “What is clear is that Ms. Ringgold’s collection and name will not be a part of whatever occurs.”

The Oak Foundation, based in Geneva, Switzerland, said on Friday that it will continue to support the project. “The museum, designed to serve children and families, is a natural extension of Broadway Housing’s model to build vibrant, enriched and supportive communities,” it said.

The new museum will follow a kunsthalle approach, borrowing from established cultural institutions and showing one major artist in its main gallery for a year. It will also have educational programs, including art-making classes, officials at Broadway Housing said. They added that they could not get Ms. Ringgold to give them a firm sense of how much art she anticipated giving them and under what terms.

“We could never get a straight answer,” Ms. Baxter said.

Mr. Adjaye said he was sorry that Ms. Ringgold was no longer involved. “I’m a big fan of Faith, I went to her studio,” he said. “I was saddened because she’s an important Harlem icon and was one of the attractions in making the project attractive to me.”

At the same time, he said, the new building is important in its own right. “My project is about the community, not the individual, to challenge the notions of a public project,” he said. The building will “really show that social housing projects with a mixed-use program can become beacons in communities rather than projects that are tolerated.”

The building, to begin construction this month, is expected to be completed by early 2014. The museum will now be called the Sugar Hill Children’s Museum of Art & Storytelling.

Broadway Housing is still hoping Ms. Ringgold reconsiders and decides to be part of the project. “It’s sad,” Ms. Baxter said. “We want to honor the commitment to the community that we’ve made, and we’d love to have Faith join us in that commitment. But we’re not going to walk away.”

Ms. Ringgold said she has moved on. “This thing is a disappointment, but it has inspired me to create a Faith Ringgold online museum,” she said. “I’m not falling into the doldrums. I have other opportunities.”