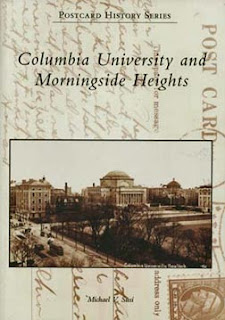 UPPER WEST SIDE — Columbia University educates top-notch brains, but a century ago, the campus of the Ivy League school was a haven for a different type of mind — the mentally-ill. 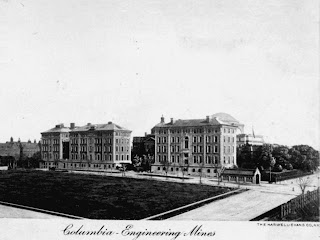 Susi, a 48-year-old administrator at Columbia University, collects vintage postcards and he’s dipped into his collection of nearly 10,000 to publish two books that reveal how Morningside Heights and the Upper West Side gradually shifted from bucolic to bustling. 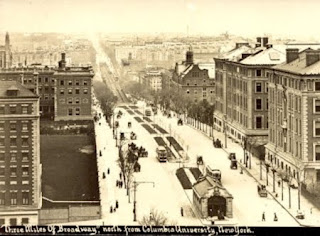 Susi once hunted down the antique postcards at flea markets and antique stores, but now most of his collecting happens online, through auction sites like eBay.

Susi often visits the locations depicted in his antique postal pictures to see what they look like today. He discovered during his research that the land where Columbia now sits was once home to the Bloomingdale Asylum for the Insane.

The asylum began operating in the 1820s, and at its height was home to roughly 300 inmates, Susi said. The facility was a “dumping ground” for all of New York City’s insane, until the infamous Blackwell’s Island asylum opened in 1839, Susi said.

After that, the Bloomingdale facility catered to wealthier clients who were thought to be curable. It was one of the first asylums in the country that used humane forms of treatment, Susi said.

“They got sun, relaxation and moderate exercise,” Susi said. At the time, Morningside Heights was isolated and rural, providing a peaceful setting for patients.

In 1892, Columbia bought the land and began building its campus. Susi said he still admires the original campus design of architects McKim, Mead and White, who positioned Italianate copper-roofed structures in an orderly layout with wide open spaces. 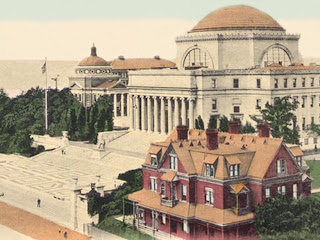 Today only one vestige of the Bloomingdale asylum remains — Macy Villa, the red building near Low Library.

“I don’t know how it made it all this time,” Susi said. “It’s kind of heartening to see that some things are still kept up.”