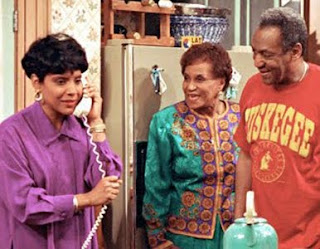 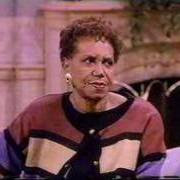 Clarice Taylor,
the stage and screen vet who found her greatest fame playing Bill Cosby’s mom, Anna Huxtable, on The Cosby Show, has died at the age of 93.

However, long before she was known to the world as “Cosby’s” mother she was known to Harlemites as a sociable neighbor of Hamilton Terrace. Besides a neighborly spirit she also encouraged African Americans in particular to move and buy homes in her Harlem neighborhood.

Her publicist says Taylor succumbed to heart failure on Monday in Englewood, N.J.

Born in 1917 in Virginia, Taylor got her break in 1976 with a recurring role on Sesame Street as David’s grandmother, Harriet, which she followed with guest spots on such TV shows as Ironside, Sanford and Son and Spenser for Hire.

She appeared in Clint Eastwood’s Play Misty for Me and in 1975 starred as Addaperle, the Good Witch of the North in the Broadway production of, The Wiz. Sheplayed the pioneering black female comedian Jackie “Moms” Mabley in an original off-Broadway play, “Moms,” with future “Law & Order” regular S. Epatha Merkerson also in the cast. Taylor later toured as Mabley in a one-woman show.

Taylor began her acting career with Harlem’s American Negro Theatre, and in the late 1960s was one of the original members of the New York-based Negro Ensemble Company.

But Taylor will be best remembered as the beloved Grandma on The Cosby Show, a role that earned her an Emmy nomination in 1986.

Taylor is survived by two sons, William and James, and four grandchildren.