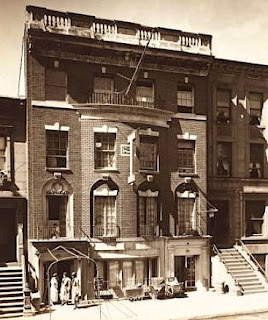 The daughter of slaves, who was born in 1867, is widely considered the nation’s first female African-American millionaire. Walker earned renown for her business savvy, her philanthropy – and her socialite daughter, a central figure in the Harlem Renaissance.

The two generations of Walker women shared a W. 136th St. street sign after a City Hall ceremony renaming a Harlem block in their honor. 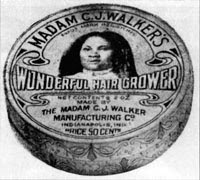 “I’m absolutely delighted that young people will turn the corner, see the sign and begin to ask questions about who those women were,” said A’Lelia Bundles, Madam Walker’s great-granddaughter.

Madam C.J. Walker, born in rural Louisiana, was destined to leave her mark on the world – mostly through her own hard work. She was orphaned at age 7, married at 14 and once worked for as little as $1.50 a day.

She made her fortune peddling her own brand of hair care products, establishing an Indianapolis factory in 1910. In 1913, she hired an African-American architect to construct a townhouse on W. 136th St. in Harlem.

After Walker’s death six years later, her daughter and only child, A’Lelia, converted a floor of the home into a salon known as “The Dark Tower” – a gathering spot for uptown luminaries including W.E.B. DuBois and Langston Hughes.

The building was torn down in the ’40s, but the street sign will offer a reminder of its presence and importance.

“For me, the street-naming is important because Madam Walker represents all the entrepreneurial possibility and political consciousness,” said her great-granddaughter.

“And A’Lelia, because of her role in the Harlem Renaissance, will help people talk about all the cultural contributions of African-Americans.”

For Jacob Morris, the historian who promoted the mother-daughter team for the sign, honoring one without the other was unthinkable.

“When Madam C.J. died, A’Lelia became the main patroness for the Harlem Renaissance,” Morris explained. “She’s underappreciated by history, which is one of my main motivations – people with a lot of significance who don’t receive the credit.”