George Clinton has not been without color in his hair for a single day since he put in the extensions back in 1983.

At the time, he said,
“until he had a hit record, he had to have a hit hairdo,… ‘so people don’t forget about me.” 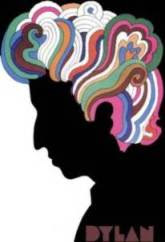 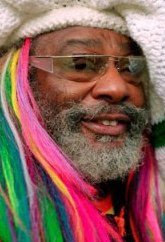 One is the memory echo I had of a silhouette self-portrait that Marcel Duchamps cut out of paper. I remember it very clearly, a simple black and white profile.

The convention of Dylan’s hair really emerged from certain forms that intrigued me in Islamic painting. The union of those two very disparate stylistic phenomena produced something that you called “uniquely American,” right?

So it’s funny….What we’re talking about here is believability. What is believable is related to a cultural moment.

George Clinton: He added the hair extensions in 1983, a year after his last big hit, “Atomic Dog.” Tied into his own black-and-gray tufts are strands of…well, today I spot orange, white, crimson, red, yellow, blue, purple, and green, but there may be others tucked away.

Over the years, pieces are replaced and colors change. Old locks fall out; new ones are knotted in. Clinton prefers to get his hair fixed at a place he likes in Minneapolis, but sometimes he makes do with whatever is available. Right now he’s carrying a few wisps of cheap stuff he picked up in Atlanta.