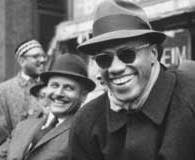 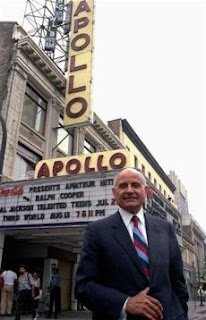 “Suffer the hurts, but don’t show the anger,

because if you do,

it will block you from being able to effectively do anything to remove the hurts.”

Percy E. Sutton, a pioneering figure who represented Malcolm X as a young lawyer and became one of the nation’s most prominent black political and business leaders, died in a Manhattan nursing home on Saturday, his family said. He was 89.

Entering politics in the early 1950s, Mr. Sutton rose from the Democratic clubhouses of Harlem to become the longest-serving Manhattan borough president and, for more than a decade, the highest-ranking black elected official in New York City.

Mr. Sutton, whose passion for civil rights was inherited from his father, was arrested as a Freedom Rider in Mississippi and Alabama in the 1960s, yet once described himself as “an evolutionist rather than a revolutionist” in matters of race. “You ought always to keep the lines of communication open with those with whom you disagree,” he said. 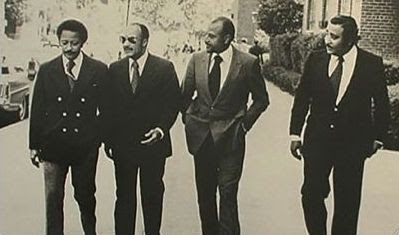 He was the senior member of the group of prominent Harlem politicians who became known, sometimes derisively, as the Gang of Four. The other three were David N. Dinkins, New York’s first black mayor; Representative Charles B. Rangel; and Basil A. Paterson, who was a state senator and New York’s secretary of state. Mr. Sutton was also a mentor to Mr. Paterson’s son, Gov. David A. Paterson.

“It was Percy Sutton who talked me into running for office, and who has continued to serve as one of my most valued advisers ever since,” Governor Paterson said in a statement on Saturday night.

In a statement on Sunday, President Obama called Mr. Sutton “a true hero to African-Americans in New York City and around the country.”

Mr. Sutton was the first seriously regarded black candidate for mayor when he ran in 1977. But after he finished fifth in a seven-way Democratic primary, his supporters saw the loss as a stinging rebuke of his campaign’s strenuous efforts to build support among whites. Still, Mr. Dinkins, who was elected in 1989, called Mr. Sutton’s failed bid indispensable to his own success.

“I stand on the shoulders of Percy Ellis Sutton,” he later said.

Mr. Sutton had an immaculately groomed beard and mustache, tailored clothing and a sonorous voice that prompted a nickname, “wizard of ooze.” Associates called him “the chairman,” a nickname more to his liking.

Percy Ellis Sutton, the last child in a family of 15 children, was born on Nov. 24, 1920, in San Antonio and grew up on a farm nearby in Prairie View, Tex. His father, Samuel Johnson Sutton, born in the last days of slavery, was the principal of a segregated high school in San Antonio. His mother, Lillian, was a teacher.

The 12 children who survived into adulthood went to college, with the older ones giving financial and moral support to the younger. (One of the brothers, Oliver C. Sutton, became a State Supreme Court justice in Manhattan.)

His father was an early civil rights activist who farmed, sold real estate and owned a mattress factory, a funeral home and a skating rink — in addition to being a full-time educator.

Percy milked the cows and sometimes helped his father deliver milk to the poor, riding in the same Studebaker that was used for funerals.

At 12, he stowed away on a passenger train to New York, where he slept under a sign on 155th Street. Far from being angry, his family regarded him as an adventurer, he later said.

From an early age, he bristled at prejudice. At 13, while passing out N.A.A.C.P. leaflets in an all-white neighborhood, he was beaten by a policeman.

Mr. Sutton attended Prairie View A & M, as well as Tuskegee in Alabama and Hampton University in Virginia, without earning a degree. During college, he took up stunt-flying on the barnstorming circuit, but gave it up after a friend crashed.

When World War II began, he tried to enlist in Texas but was turned away. He finally enlisted in New York, and served as an intelligence officer with the Tuskegee Airmen, the famed all-black unit of the Army Air Forces. He won combat stars in the Italian and Mediterranean theaters.

After the war, Mr. Sutton entered Columbia Law School on the G.I. Bill on the basis of his solid college grades, but transferred to Brooklyn Law School because he worked two jobs — at a post office from 4 p.m. until midnight, then as a subway conductor until 8:30 in the morning. He reported to law school at 9:30. This schedule continued for three years until he graduated.

The punishing pace so annoyed his wife, the former Leatrice O’Farrell, that she divorced him in 1950 — only to remarry him in 1952. In between, he married and divorced Eileen Clark.

Mr. Sutton is survived by his wife, Leatrice; a son from their marriage, Pierre; a daughter from his second marriage, Cheryl Lynn Sutton; his sister, Essie Mae Sutton of New York; and four grandchildren.