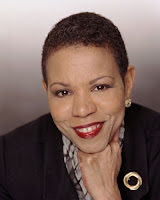 President Obama said, “My administration is committed to economic recovery, pushing the boundaries of science and space exploration and investing in the future of arts and the humanities, and these individuals will serve my team well as we work to accomplish these goals. I look forward to working with them in the months and years ahead.”

Mary Schmidt Campbell, Vice Chairman, President’s Committee on the Arts and HumanitiesMary Schmidt Campbell has been dean of New York University’s Tisch School of the Arts since 1991. Dean Campbell began her career in New York as the executive director of the Studio Museum in Harlem. Under her leadership, the Studio Museum in Harlem emerged as a major national and international cultural institution and a lynchpin of the economic revival of Harlem. In 1987, Mayor Edward I. Koch invited Dr. Campbell to serve as Commissioner of Cultural Affairs of the City of New York. Dean Campbell holds a B.A. degree in English literature from Swarthmore College, an M.A. in art history from Syracuse University, and a Ph.D. in humanities, also from Syracuse.

She is co-author of Harlem Renaissance: Art of Black America (New York: Harry N. Abrams, Inc., 1987) and Memory and Metaphor: The Art of Romare Bearden, 1940-1987 (New York: Oxford University Press & The Studio Museum in Harlem, 1991). She is the co-editor of Artistic Citizenship: A Public Voice for the Arts (New York: Routledge, 2006.) She is currently working on a book on Romare Bearden for Oxford University Press, (2011 expected publication date). She sits on the board of The American Academy in Rome and the Alfred P. Sloan Foundation. In the fall of 2001 she was inducted into the American Academy of Arts and Sciences. She served in the voluntary position of Chair of the New York State Council on the Arts from 2007-2009. She also serves as the Chairman of the Board of Tisch Asia, the Tisch School of the Arts Singapore campus.