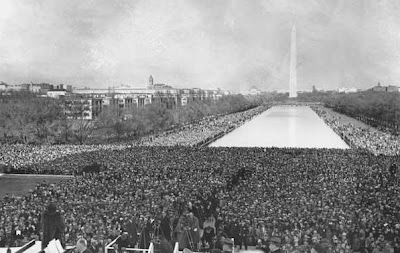 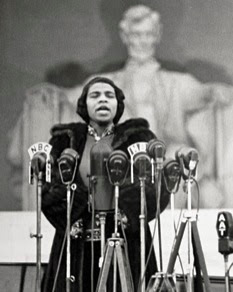 On Easter Sunday, 1939, the contralto Marian Anderson sang on the steps of the Lincoln Memorial.
The Daughters of the American Revolution had refused to let her appear at Constitution Hall, Washington’s largest concert venue, because of the color of her skin. In response, Eleanor Roosevelt
resigned from the D.A.R., and President Roosevelt 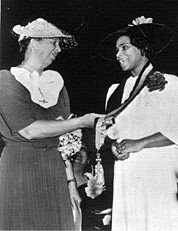 gave permission for a concert on the Mall. Seventy-five thousand people gathered to watch Anderson perform. Harold Ickes, the Secretary of the Interior, introduced her with the words “In this great auditorium under the sky, all of us are free.”


The impact was immediate and immense; one newsreel carried the legend “Nation’s Capital Gets Lesson in Tolerance.” But Anderson herself made no obvious statement. She presented, as she had done countless times before, a mixture of classical selections—“O mio Fernando,” from Donizetti’s “La Favorita,” and Schubert’s “Ave Maria”—and African-American spirituals. Perhaps there was a hint of defiance in her rendition of “My Country, ’Tis of Thee”; perhaps a message of solidarity when she changed the line “Of thee I sing” to “Of thee we sing.”

Principally, though, her protest came in the unfurling of her voice—that gently majestic instrument, vast in range and warm in tone. In her early years, Anderson was known as “the colored contralto,” but, by the late thirties, she was the contralto, the supreme representative of her voice category. Arturo Toscanini said that she was the kind of singer who comes along once every hundred years; Jean Sibelius welcomed her to his home saying, “My roof is too low for you.” There was no rational reason for a serious venue to refuse entry to such a phenomenon. No clearer demonstration of prejudice could be found.

One person who appreciated the significance of the occasion was the ten-year-old Martin Luther King, Jr. Five years later, King entered a speaking contest on the topic “The Negro and the Constitution,” and he mentioned Anderson’s performance in his oration: “She sang as never before, with tears in her eyes. When the words of ‘America’ and ‘Nobody Knows de Trouble I Seen’ rang out over that great gathering, there was a hush on the sea of uplifted faces, black and white, and a new baptism of liberty, equality, and fraternity. That was a touching tribute, but Miss Anderson may not as yet spend the night in any good hotel in America.” When, two decades later, King stood on the Lincoln Memorial steps to deliver his “I Have a Dream” speech, he surely had Anderson in mind. In his improvised peroration, he recited the first verse of “My Country, ’Tis of Thee,” then imagined freedom ringing from every mountainside in the land. 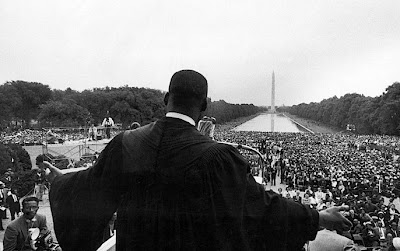