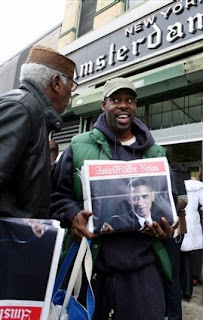 Harlem has had an ongoing affair with what

it affectionately refers to as the ‘dam News
and its ever fiesty publisher, Bill Tatum. 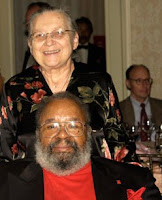 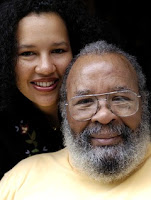 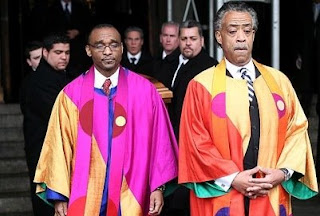 Today the legendary newsman Wilbert ‘Bill’ Tatum was laid to rest in a solemn Harlem funeral ceremony attended by New York’s political elite that also included the reading of a letter from President Obama.

Tatum, the former publisher and editor of the Harlem-based Amsterdam News, was a powerful voice for the African-American community during his 40-year career in journalism.

Mayor Bloomberg, Gov. Paterson, and former Mayor Dinkins were among the elected leaders who praised Tatum’s community service at the Riverside Church ceremony. The eulogy by the Rev. Al Sharpton.

“He was a voice for those who didn’t have a voice,” Tatum’s longtime friend Paterson told the church, packed with hundreds of mourners. Bloomberg also spoke, admiring Tatum’s “unquenchable thirst for justice.”

“Bill’s life and his great contribution to journalism and to his community will never be forgotten,” Obama wrote.

Clinton said Tatum was “a giant among men, never afraid to speak his mind.”

Tatum died of organ failure in Dubrovnik, Croatia, on Feb. 26 at the age of 76. 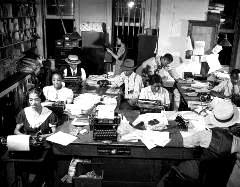