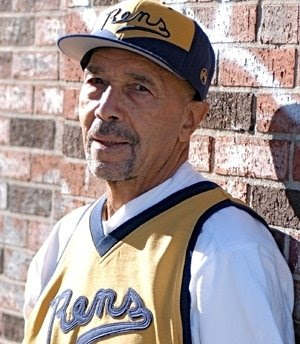 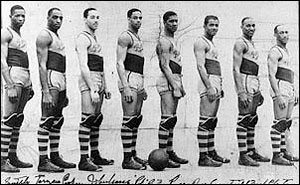 It’s with deep sorrow that we report the passing of former star Harlem “Rens” basketball player and community leader John “Boy Wonder” Isaacs. John passed away this morning at the Albert Einstein Hospital in the Bronx, New York. He had suffered a major stroke last week, from which he never arose. He was 93 years old.

While the corrupt, mob-operated Cotton Club flaunted its patronizing attitude toward African-Americans, the black-owned-and-operated Renaissance Casino celebrated African-American achievements. This is where many of Harlem’s more dignified events took place, including the annual awards dinners held by the NAACP’s periodical, the Crisis, the magazine that had done the most to define and develop the ideals of the New Negro. Meetings of black unions and clubs were common, including the Brotherhood of Sleeping Car Porters and Business and Professional Men’s Forum. Patrons danced to the jazz licks of the house band fronted by Vernon Andrade, as well as other renowned musicians and entertainers such as the Fletcher Henderson Orchestra, Louis Armstrong, Elmer Snowden’s band, Rex Stewart, Dickie Wells, Cecil Scott, Roy Eldridge, and Bill “Bojangles” Robinson. While the Cotton Club rejected the black community, the Renaissance clientele reflected the black community. But most important, it celebrated the black community, from its workers to its artists to its writers.

And the Renaissance Casino and Ballroom had one other thing that the Cotton Club didn’t have: an all-black championship basketball team, the “Rens.” Between band sets, the dance floor would be cleared and the Rens would play basketball to the enthusiastic cheers of the patrons. When the game was over, the hoops would be stored away and the dancing would continue, sometimes with team members joining the customers on the dance floor. More important, the team barnstormed throughout the Midwest, South, and Northeast. Through the team’s athleticism and courage in the face of constant racism, they helped spread the gospel of the Harlem Renaissance without even knowing it.

From On the Shoulders of Giants: My Journey Through the Harlem Renaissance. Copyright 2007 by Kareem Abdul-Jabbar. Published by Simon & Schuster.