Rosa Parks, the woman who started the boycott
of segregated buses in Montgomery, Ala., was once
asked which songs meant the most to her.

She replied,
“All of the songs Odetta sings.” 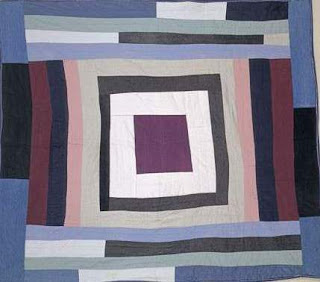 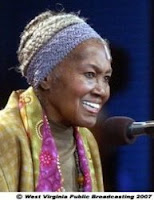 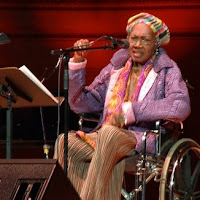 Odetta, the singer whose resonant voice wove together the strongest songs of American folk music and the civil rights movement, died on Tuesday in Manhattan. She was 77.

Odetta, who lived in Upper Manhattan, had been admitted to Lenox Hill Hospital three weeks ago with a number of ailments, including kidney trouble, Mr. Yeager said. In her last days, he said, she had been hoping to sing at the presidential inauguration for Barack Obama.

In a career of almost 60 years, Odetta sang at coffeehouses and at Carnegie Hall. She became one of the best-known folk-music artists of the 1950s and ’60s. Her recordings of blues and ballads on dozens of albums influenced Bob Dylan, Joan Baez and Janis Joplin and many others.

Odetta’s voice was an accompaniment to the black-and-white images of the freedom marchers who walked the roads of Alabama and Mississippi and the boulevards of Washington to end racial discrimination.

Rosa Parks, whose refusal to give up her seat to a white passenger led to the boycott of segregated buses in Montgomery, Ala., was once asked which songs meant the most to her. “All of the songs Odetta sings,” she replied.

One of those songs was “I’m on My Way,” sung during the pivotal civil-rights March on Washington on Aug. 28, 1963. In a videotaped interview with The New York Times in 2007 for its online feature “The Last Word,” Odetta recalled the sentiments of another song she performed that day, “Oh Freedom,” which is rooted in slavery: “Oh freedom, Oh freedom, Oh freedom over me/ And before I’d be a slave, I’d be buried in my grave/ And go home to my Lord and be free.”

Odetta Holmes was born in Birmingham, Ala., on Dec. 31, 1930, in the depths of the Depression. The music of that time and place — particularly prison songs and work songs recorded in the fields of the Deep South — shaped her life.

“They were liberation songs,” she said in the interview with The Times. She added: “You’re walking down life’s road, society’s foot is on your throat, every which way you turn you can’t get from under that foot. And you reach a fork in the road and you can either lie down and die or insist upon your life.”

Her father, Reuben Holmes, died when she was young, and in 1937 she and her mother, Flora Sanders, moved to Los Angeles. Three years later Odetta discovered that she could sing.

“A teacher told my mother that I had a voice, that maybe I should study,” she recalled. “But I myself didn’t have anything to measure it by.”

She found her own voice by listening to blues, jazz and folk music from the African-American and Anglo-American traditions. She earned a music degree from Los Angeles City College. Her training in classical music and musical theater was “a nice exercise, but it had nothing to do with my life,” she said.

“The folk songs were — the anger,” she emphasized.

In a National Public Radio interview in 2005 she said: “School taught me how to count and taught me how to put a sentence together. But as far as the human spirit goes, I learned through folk music.”

In 1950 Odetta began singing professionally in a West Coast production of the musical “Finian’s Rainbow,” but she found a stronger calling in the bohemian coffeehouses of San Francisco. “We would finish our play, we’d go to the joint, and people would sit around playing guitars and singing songs and it felt like home,” she said.

She moved to New York in 1953 and began singing in nightclubs like the storied Blue Angel, cutting a striking figure with her guitar and her close-cropped hair, her voice plunging deep and soaring high. Her songs blended the personal and the political, the theatrical and the spiritual. Her first solo album, “Odetta Sings Ballads and Blues,” released in 1956, resonated with an audience eager to hear old songs made new.

Mr. Dylan, referring to that recording, said in a 1978 interview with Playboy, “The first thing that turned me on to folk singing was Odetta.” He said he heard something “vital and personal,” and added, “I learned all the songs on that record.” The songs included “Muleskinner Blues,” “Jack o’ Diamonds” and “ ’Buked and Scorned.”

“What distinguished her from the start,” Time magazine wrote in 1960, “was the meticulous care with which she tried to recreate the feeling of her folk songs; to understand the emotions of a convict in a convict ditty, she once tried breaking up rocks with a sledgehammer.”

That year she gave a celebrated solo concert at Carnegie Hall and released a live album of it. Eight years later she was on stage there again, now with Mr. Dylan, Pete Seeger, Judy Collins, Ramblin’ Jack Elliott and other folk stars in a tribute to Woody Guthrie, which was also recorded for an album.