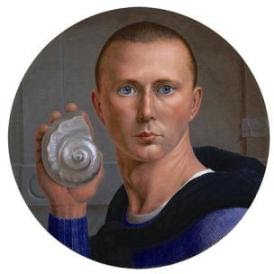 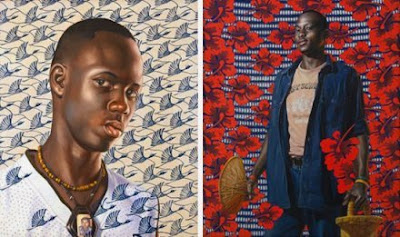 On 125th Street, at the Studio Museum in Harlem, Kehinde Wiley (b. 1977), one of museum’s former Artist-in-Residence, is presenting an array of larger then life portraits of African men. While, along the northern reaches of Fifth Avenue’s, Museum Mile the portraits of isolated New Yorkers by artist George Tooker (b. 1920) are on display at the National Academy Museum.

As one moves through these exhibitions the technical talents of both artists are abundantly evident, even to the untutored eye of an Alaskan governor.

However, amidst the conveyed realism of these everyday figures lurks a definably “queer” energy. I’m certain, to many viewers, the mesmerizing stares from these paintings are setting off all sorts of psychological alarms. On the street, or in a public gathering, such looks might elicit diverted eye contact, a knowing nod or smile, and possibly, a blistering, “what the f…. are you looking at!” However, for another knowing audience, the unflinching male gazes are setting off what might amusingly be referred to as the “gay-dar” alarm.

It’s this energy, strongly felt, that makes the similarities between these two artists, bridging very different generations and cultures, immensely fascinating. In exploring their biographies, both artists conveyed a certain comfort between their homosexuality and their art. Tooker for example, who termed his paintings, “magical realism,” had a long-term relationship with artist, Bill Christopher and a supportive circle of like minded artist friends, which included Jared French and Paul Cadmus, both of whom greatly influenced his work. It’s easy also, to reflect in the Kehinde Wiley video below, a similar gay camaraderie between Wiley and his African models.
A spirit, reminiscent of that displayed between artists like Andy Warhol or David Hockney and their gentlemen posers.

The unique opportunity to concurrently cruise the work of these two artists should not be missed! 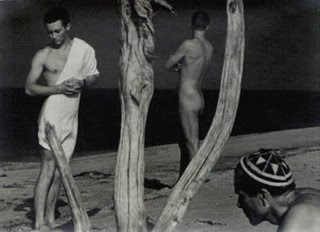