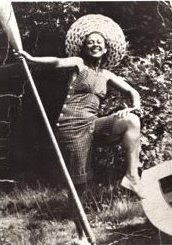 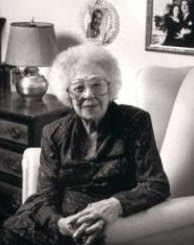 Isabel Washington Powell, who gave up the nightclub and Broadway stage to marry Adam Clayton Powell Jr., and become a much-loved figure in uptown society, died on May 1. She would have turned 99 on May 23.The Powells divorced in 1945 after 12 years of marriage and she never remarried, saying no one could match the charismatic minister and political leader. “I so admire the things he did,” she said in 2002. “And we had such fun. Those 12 years were the best anyone could have.”Born in Savannah, Ga., Isabel and her sister Fredi became popular performers in New York, [with Fredi staring in the 1934 film, “Imitation of Life.”] Isabel played the “other woman” in Bessie Smith’s only film, “St. Louis Blues,” and she was dancing at the Cotton Club when Powell first saw her. Powell’s minister father objected to his marrying a showgirl. But their wedding at Abyssinian Baptist Church, where Powell Sr. was the pastor, drew 3,000 spectators. After the divorce, Isabel became a special education teacher, volunteered, did occasional performing and remained the center of a large social circle both in the city and on Martha’s Vineyard. “My only problem is I don’t have enough room on my calendar for everything I want to do,” she said in 2002. Adam Clayton Powell Jr. died in 1972.

Isabel W. Powell’s obituary was written by David Hinckley, staff writer for New York Daily News. It appeared on May 3, 2008.