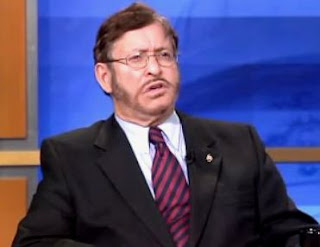 Stanley E. Michels, 75, a city councilmember
from upper Manhattan for 24 years, died this morning at Columbia-Presbyterian Medical Center.
He had fought cancer for two years.

Michels, a longtime resident of Castle Village on Cabrini Boulevard, was elected seven times to the Council, serving from 1978 until term limits ended his tenure in 2001. His district was modified by reapportionment to include parts of Central and West Harlem, but he carried the new areas as well as Washington Heights and Inwood, his traditional bases of support.

On the Council, he took the liberal side on many issues, differing sometimes with Mayors Koch and Giuliani. He was ardently pro-tenant, and fought for very strict laws against lead poisoning. He chaired the Manhattan delegation in the Council and was its senior member. He also represented the borough in budget negotiations with the Council leadership.

Stanley graduated from P.S. 152, on Nagle Avenue in Inwood, in January 1945, where he was a classmate of another future councilmember, this blogger. They both then attended Junior High School 52 on Academy Street, until Stanley left to attend Peekskill Military Academy. He graduated from Hobart College in 1955 and Cornell Law School in 1958.

As a young lawyer, he was drawn to politics, and joined the local club, the Washington Heights Progressive (actually Regular) Democrats, at the time led by State Senator Joseph Zaretzki. He rose from the ranks, and eventually became chair of the New York County Law Committee, an important position because it dealt with ballot challenges.

When the local councilmember, David B. Friedland, died in 1976, Michels competed for the vacant seat with Arlene Stringer, then wife of Ronald Stringer, counsel to Mayor Beame, and mother of Scott Stringer, who was elected in 1992 to the assembly, and in 2005 as Manhattan borough president. The Zaretzki club supported Ms. Stringer, and she won the primary in 1976 for the year remaining in Friedland’s term. However, in the 1977 election for the full four-year term, Michels, by then a political independent, defeated Ms. Stringer. He was subsequently re-elected six times by substantial majorities. 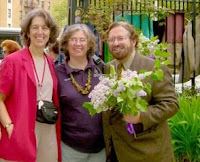 As a public figure, Michels was known for getting along with all kinds of people, some of whom disliked each other. He was a unifying figure on the Council and in the communities he served. He chaired the Committee on Environmental Protection, one of the more important Council committees.

Legislatively, he sponsored the Clean Indoor Air Act, which this blogger bequeathed to him when he left the Council in 1983 to become Parks Commissioner. The council efforts, which paralleled Assemblyman Pete Grannis’ initiative in Albany, came before Mayor Bloomberg’s election, which resulted in numerous anti-smoking measurses, which Michels strongly supported.

Michels secured, over the years, tens of millions of dollars in capital funds for the restoration of parks in north Manhattan, including the Moses-era Highbridge Pool. He was particularly involved with, and interested in the improvement of Fort Tryon Park, much of which was a gift to the city from John D. Rockefeller, Jr. Year after year, he amended the capital budget and sometimes the expense budget to help parks. He was a board member of the Friends of the Heather Garden, a formal garden which overlooks the Hudson.

Michels was the closing speaker, thanking his family, colleagues and friends, including longtime aide Steve Simon, for all they had done for him and for the park. The new promenade name was unveiled. The ceremony was attended by hundreds of neighborhood residents, who welcomed the opportunity to salute an old friend. To some of the older people who were there, the event evoked Lou Gehrig’s farewell to the New York Yankees on July 4, 1939.

Michels is survived by his wife of 48 years, Molly, a retired teacher, two daughters, Judge Shari Michels and Karen Michels, a teacher, and a son, Jeffrey, a lawyer living in Israel, a sister, Ellen Grant, a granddaughter, Annabelle Buckvar, and two grandsons, Amir and Yonatan Michels.