As a citizen of Harlem, “the Black Capital of the World” you might expect its leaders to be quick to endorse the first major African American contender for the Presidency of the United States.
Well, all in good time… 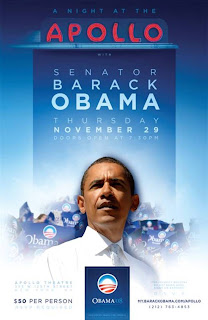 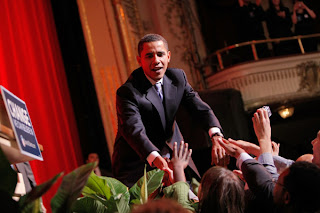 “We’re going to see a tremendous increase in people believing that Obama is the one…
There’s a great deal of excitement around the neighborhood.”
– State Senator Bill Perkins 1/3/2008 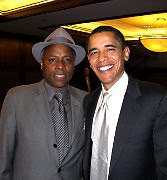 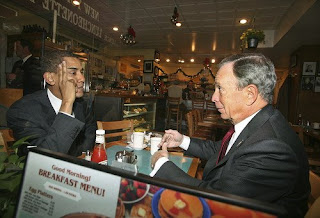 “The breakfast was very nice, and he understands the issues, and you know,
I wished him well.” – Mayor Michael Bloomberg 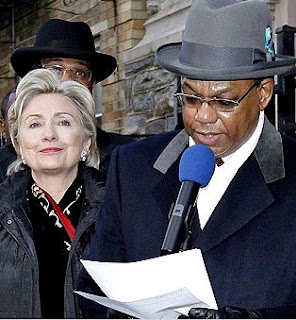 “A vote for Hillary Clinton is a vote to elect someone who has proven through time, to me and to this community and this country, that she has the experience to make things happen.” – Rev. Calvin O. Butts 2/20/2008 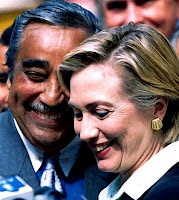 “We pledged to support her to the end. Our problem is not being able to determine when the hell the end is.”
Congressman
Charles B. Rangel

“I told him that if he didn’t run, he would hate himself for not testing the waters.”
– Congressman Charles B. Rangel

“I’m very committed to Sen. Clinton,” Paterson told reporters. “When I sign up to support a candidate, it’s to the end. I actually supported Custer, but I did leave right before the attack.” – Governor David Paterson

“Unless she has some good reasons — which I can’t think of — I really think we ought to get on with endorsements”
– Congressman Charles B. Rangel 6/5/2008

“Today as I suspend my campaign, I congratulate him on the victory he has won and the extraordinary campaign he has run. I endorse him and throw my full support behind him and I ask of you to join me in working as hard for Barack Obama as you have for me,” – Senator Hillary R. Clinton 6/7/2008