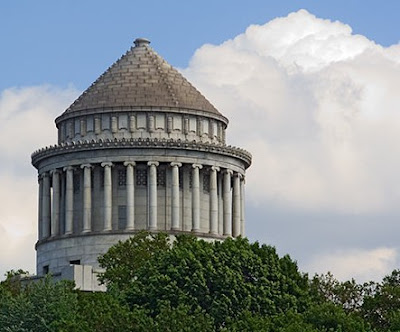 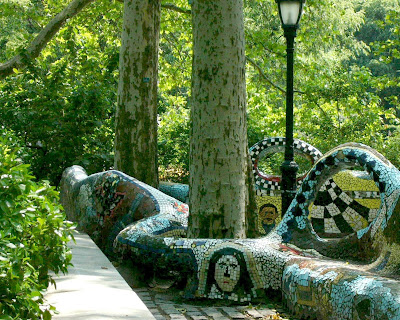 Ask, what’s behind Grant’s Tomb? …and it’s a mystery question to most. 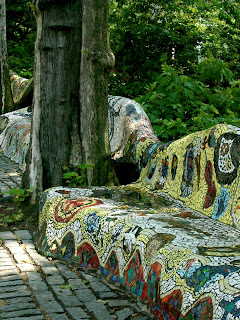 For the curious among you I encourage a trip to Riverside Drive and 122nd Street. Just slip by the Tomb’s monumental entry stairs to the shady plaza that lies behind, there, you’ll come upon a delightful surprise.


Wrapping the plaza’s perimeter wall, like an extended Chinese dragon, is a 400 ft long serpentine bench, covered with colorful mosaic images ranging from General Grant and Smoky the Bear to flowers, serpents and Flamenco dancers. 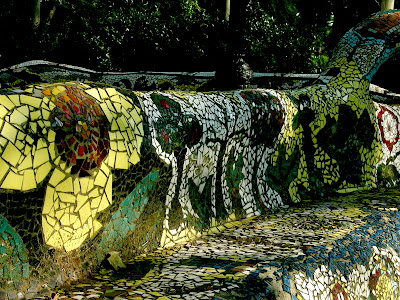 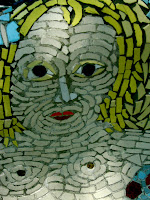 Executed as a project of CITYarts, the benches were commissioned in 1972 by the National Park Service to commemorate the centennial of Grant’s signing the legislation designating Yellowstone as the world’s first national park. Construction continued over three summers under the design direction of artist Pedro Silva, working with artists Nelson Mercardo, Warren Fox and Alan Okada, and ably assisted by the labor of hundreds of community participants. Silva, a teacher in Harlem’s 1960’s HARYOU-ACT Art program, which fostered community self-help and included artists Norman Lewis and John Steptoe, saw the park site and its mosaic project as an opportunity for community empowerment through art. 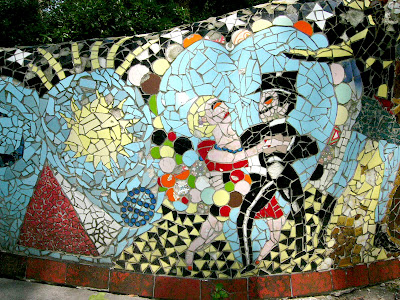 Reminiscent of Spanish architect Antonio Gaudi’s work, the benches also represent a unique architectural manifestation of 1970s rebellion and confrontation, with their vivid contrast in form and color to the tomb’s neo-classical architecture. With each mosaic image one can sense the hand of neighborhood “folks” and the empowering energy those 1970s summers must have offered! 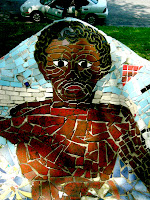 John T. Reddick works on architectural preservation, planning and public art in New York City. He has served on Community Board #9 in Manhattan and is the Associate Vice President for Education & Programming at The Central Park Conservancy.