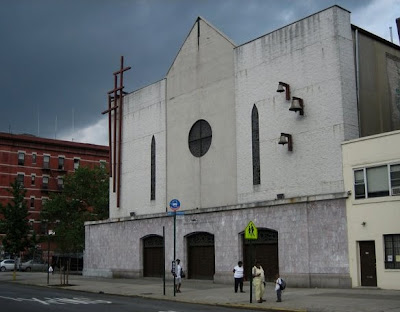 As a theater, its productions showcased many performers of the Harlem Renaissance,

as did its popular and adjoining neighbor,
Connie’s Inn
2225 Seventh Avenue
once home to musical cabaret productions by Fats Waller, Andy Razaf and others. The Lafayette’s most legendary staging was to come in 1936 with the innovative “voodoo” production by the WPA Federal Theater Project’s Negro Theater Unit
of William Shakespeare’s Macbeth. 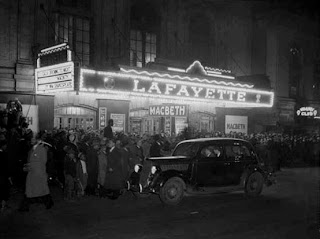 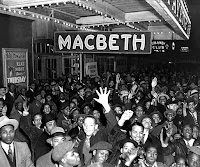 “This West Indian MACBETH is the most colorful, certainly the most startling, of any performance that gory tragedy has ever been given on this continent.” Daily News 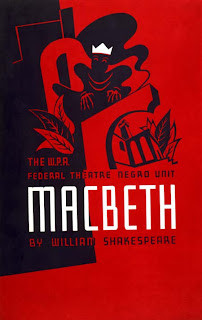 Directed by Orson Welles,
the production was set in nineteenth-century Haiti and featured an all black cast, with the play’s witches portrayed as voodoo priestesses. The colorful costumes and jungle sets were designed by Nat Karson, later art director and set designer at the Radio City Music Hall. The highly successful production became famous for its dazzlingly
original use of lighting and sound, particularly the authentic voodoo drumming and chants composed by Harlem musical lumineres James P. Johnson, Porter Grainger and conducted by Joe Jordan. Macbeth launched the meteoric career of its novice director Welles, who was not yet twenty-one when it opened. 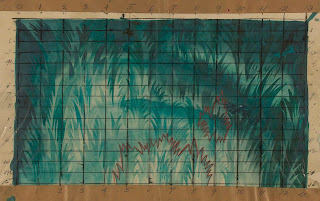