As one year draws to an end and another begins, many of us look to recapture and sum up the recent past and project what might lie ahead for us in the coming year. For me, that act begins with combing through newspapers, magazines and other media for their year end reflections and enlightened annual overviews. This weekend I happened to stumble upon The New York Times Magazine (December 30,2007 / Section 6), and its, “The Lives They Lived” article. In it, for the first time, I discovered the life and loss of a unique and talented African American and son of Harlem. The gentleman was Steven Gilliard, Jr., who through intellect and and online moxie, established a powerful and compelling online political blog presence. As I further explored his writings, I began to form a greater admiration and empathy for how the the web served to satisfy and address his individual desires, and aided his assault of profound and ongoing frustrations.

In reading some of Gilliard’s online commentary, it appears that he came to grasp the power of the virtual “empire” now being amassed online, and not unlike Marcus Garvey’s view of Europe’s accumulated “empire” early in the 20th century, sought to master and subvert the systems in similar ways. As scholars look back on the current rise of online technology, and its power and influence over America’s political culture, Steven Gilliard’s writings, may in ways, come to represent as radical and significant a Harlem voice of our era, as Garvey’s was for his.

In searching the web, it was very amusing to come upon Gilliard’s NetSlaves.com discussion listing (site of his earliest postings) to find his personal description and “image.” There by his name was an image of the actor Greg Morris in his role as the technology geek on the television series, “Mission Impossible“ (1966-73).
At the time, African Americans knew that jobs in technology, no matter how talented you were, were by no way readily available to them. However, you could appreciate and applaud an African American actor projecting to potential employers the possibility… thus making one’s own mission less impossible! Despite the lack of any other physical resemblance, Gilliard obviously saw similar irony and inspiration in this character, inspiring his own assault on technology. – HarlemOneStop 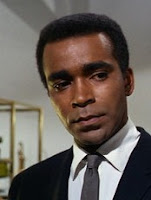 Steve Gilliard
Steve was a NetSlaves Media Operative. He began his day with the Washington Post and ended it with Salon, which either left him laughing or totally depressed. When not trolling for information or serving as the driving force behind “lively” conversations on the NetSlaves discussion list, Steve wrote for Websites, sometimes even for money. – NetSlaves.com

Listed below is a sampling of surviving Steve Gilliard Articles from Netslaves.com

Gilliard wrote for Netslaves, and many of his early works listed here comprise his contributions to the site from June of 2000 to February of 2001. These articles are arranged chronologically, because Steve often wrote multi-part articles. These articles capture Steve in fine form, and highlight an aspect of his character that many may have missed from his postings on DailyKos and elsewhere: the fact that he had pretty good “geek” credentials (check out his story on

building his own PC from scratch), and that he had a softer, introspective side (Winter Wonderland). He also had an absolutely wicked sense of humor, which came into play whenever he confronted and skewered the many clueless miscreants. These articles come in three groups: those articles written for The Netslaves Combat Manual, Steve’s “Between the Lies” column, and articles once the site gradated to an automated posting system that also allowed comments. They show the evolution of Steve’s writing, and provide a hint of the greater glories to come when he left Netslaves.com and staked his claim in the larger Blogosphere. Steve Gilliard-authored articles written for “The Netslaves Combat Manual.” These are the earliest articles Steve wrote for the site, and they were contributed before the site allowed for commenting. -edited from post by Steve Baldwin