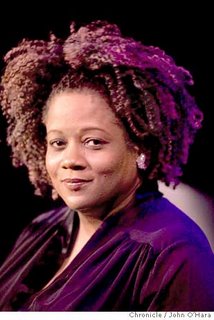 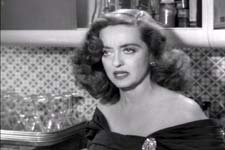 Bette Davis as Margo Channing in, “All About Eve”

With the launching of the Columbia/Harlem Jazz Project, Professor Bob O’Meally and the Center for Jazz Studies at Columbia University are once again to be applauded for depositing unique and talented artists like the jazz vocalist, Paula West so conveniently at our Harlem doorstep… to be enjoyed I might add, for the equivalent price of a cocktail ($10)!

The evening began with a brief and delightful discussion between the artist and Professor Farah Jasmine Griffin. Ms. West discussed her career to date (she has self-produced all her recordings), would love to have an “artist supportive” label pick her up, has worked as a waitress and it was revealed, as an aside, that she can render an impressive impersonation of Bette Davis… more on that later.

Following the discussion, the set began with an instrumental introduction provided by a distinguished group of musicians which included pianist George Mesterhazy, Vicente Archer on bass, Ed Cherry on guitar and Thomas Reedus on drums. From their first notes, the clarity of musicianship and its amplification were masterful! No doubt, there was micing, but the sound was so pure and appropriate to the venue and audience as to appear magically nonexistent. In joining them, Ms. West was no different, her articulation, both in word and emotion were dead on. Wry and witty, she sang songs like, Oscar Brown’s, “The Snake,” Cole Porter’s, “Don’t Fence Me In” and Rodger & Hart’s, “Bewitched, Bothered and Bewildered” with a woman’s personal insight, extracting with cool abomb, the double-entendre nuances of the lyrics.

In those moments, as she tossed her lioness mane and commanded lines like;

I thought, my god, she’s Margo Channing… as performer, “full of fire and music!”

Film buffs will recall Margo Channing as a character played by Bette Davis in the film, “All About Eve. The character is a legendary actress, whose performing talents are constantly referred to in the film, but as an audience we’re never really allowed to glimpse them in action. That night, as Paula West masterfully re-envisioned one song standard after another I was reminded of an exchange between Margo Channing and Lloyd Richards, a playwright in the film.

Lloyd Richards: I shall never understand the weird process by which a body with a voice suddenly fancies itself as a mind. Just when exactly does an actress decide they’re HER words she’s speaking and HER thoughts she’s expressing?

Margo Channing: Usually at the point where she has to rewrite and rethink them, to keep the audience from leaving the theatre!

Paula West was doing just that!… with each song, no matter the author, she was rethinking their lyrics and context, making the songs distinctively her own. In so doing, the audience was constantly moved and rewarded by her artistry. With songs like, “Nobody,” by Bert Williams and Alex Rogers or “Black and Blue,” by Andy Razaff and Fats Waller… she’d set-up the song’s historical context and then magically, like an actor, evoke their originator’s inner emotions, as if somehow reincarnated through song. As the evening drew to a close, one felt guilty for having not been aware of such a wonderful talent before, and wondered too, what the commercial market would extract from her art to achieve more mainstream success.

Fortunately, on this night, Paula West was “commercially available” in the lobby and signing CDs to boot! While purchasing her CDs, Temptation and Come What May, I mentioned Bette Davis, and the references to her in the program’s earlier discussions. Ms West confessed to feeling a kindred spirit with Ms. Davis, mentioning that they shared the same birthday. She also acknowledged being a fan of Margo Channing and the film, “All about Eve,” down to knowing many of the lines by heart.

Quickly, one could sense her Bette Davis grit and humor, her love of her art and the ensemble nature of its creative process. So, Jazz lovers, fasten your seat belts… plug in your iPods. Paula West will soothe any bumpy night! – The Harlem Eye / Harlem One Stop 2.2.2007

Paula West performed at the Miller Theater/Columbia University on January 26, 2007